A Guide to AI: Artificial Intelligence

People are both fascinated and worried by artificial intelligence (or AI): it triggers strong reactions either way. While machines disrupted the industry, AI is disrupting all sectors of activity. Which is why many people worry about it. But what can it do today to improve daily life and provide better energy efficiency?

What can artificial intelligence do?

Today, artificial intelligence is what science fiction literature had imagined. It’s a computerised system capable of centralising tasks on its own and of making deductions based on the data it collects, through algorithms.

However, today, artificial intelligence needs the human mind and concrete objectives to exist and to have meaning. 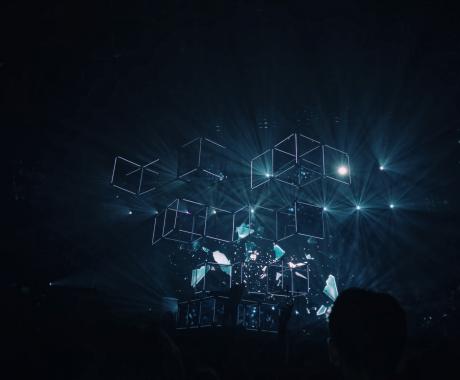 The concrete applications of AI

Many websites now provide access to a hyper-reactive messaging service. For each question asked, an answer is displayed instantly. It actually is a computer program which collects all possible corresponding questions and words to provide a relevant answer. It can be used to finalise an order on a website or to answer simple health questions. To this day, answers are written by real people and are added to the artificial intelligence’s data set.

Chatbots are also helpful in energy performance matters, both for individuals and for professional entities. If there’s an incident, the conversational agent can ask a few questions that help identify the cause of the problem. On a daily basis, it also gives energy management advice.

All connected objects capable of delivering information function with artificial intelligence. Smartphones and speakers complete tasks after receiving a vocal order (they can play music, turn the light on or provide weather indications, for example). Presence sensors and connected thermostats are linked to the heating system and regulate the temperature. Sensors inside buildings can detect failures and send out alarms. All of these applications are part of artificial intelligence.

Blockchain technology is a certification and transmission system designed to work independently. Each recorded action excludes the possibility of forgery. In other words, it is a tamper-proof register. Combined with artificial intelligence, it offers a wide range of possibilities to secure data transmission.

What can AI offer for energy efficiency?

Artificial intelligence is also very useful when it comes to reducing the energy consumption of buildings and maintaining comfort and ease of use. Thanks to the connected objects’ sensors, it can, amongst other things:

Artificial intelligence is in fact already present in all areas, in our smartphones, in Netflix suggestions, in Instagram’s algorithm. It’s not just a single technology but it’s a set of processes and data with application possibilities in all fields. And, today, to optimise consumption and production, the field of energy is very promising.

Artificial intelligence at the scale of a city

AI is deployed in fully smart cities, the latter of which are composed of smart buildings: this is the ultimate goal for an interconnected system. When a building self-produces and self-consumes electricity, it is also beneficial to others: the summer heat, which is absorbed by the pavement through sensors, is then stored and distributed in buildings in the wintertime.

Alongside this, AI optimises the use of transportation and the fluidity of traffic by controlling things like traffic lights. Public lighting comes from renewable energy sources. It is automated to work only when people are present, which also acts as a safeguard. In this case, artificial intelligence can also work conjointly with more down-to earth technologies: asphalt with shiny particles can limit the need for lighting while also maintaining brightness.

The smart city isn’t a pure product of science fiction, as some may fear. Instead, it centres on the comfort of the people who live there, and it focuses on protecting the planet.

Within a company or an industrial building, AI contributes to the predictive maintenance of equipment and infrastructures. Risks are therefore limited and costs are optimised.

The possibilities of AI are just beginning. Google recently launched an artificial intelligence program called DeepMind. The company announced that it could predict the production of a wind park up to 36 hours in advance, thus enhancing its production by up to 20% . This is an important step forward, given that wind power is one of the most difficult energy sources to predict.

But without even needing to go on the ground, companies can use artificial intelligence inside their buildings. They can install connected sensors to control water and electricity and promptly generate energy savings. All while staying in control of their installation and benefitting from an automated and predictive aid that helps them save energy on the short and long terms.

Since artificial intelligence isn’t a single technology but more of a host of processes and algorithms, its applications are vast. At the scale of a company or of a community, it is a great opportunity to improve the daily lives of users and to limit the impact of activity. As is the case with all new technologies, artificial intelligence in itself isn’t dangerous, but its misuse can be. In the field of energy, it is a wonderful way to compile usage data and to automate energy saving processes. It also offers great prospects when instating new forms of energy.

Picture by Chris Liverani on Unsplash

Picture by fabio on Unsplash

A guide to the Internet of things (IoT)

IoT is short for the Internet of Things. At first glance, it relates to connected objects as a whole; which, as you probably know, use your home or yo...

In terms of energy efficiency, two major standards currently coexist in France: one is compulsory and the other is not, but it still deserves our atte...

Everything you need to know about ISO 50...

The ISO 50001 standard is a non-mandatory international certification. Its aim is to share best practices with companies and public organisations when...